10 Comments
By lisatemp The Fam

End of an Era

My grandfather has passed away. 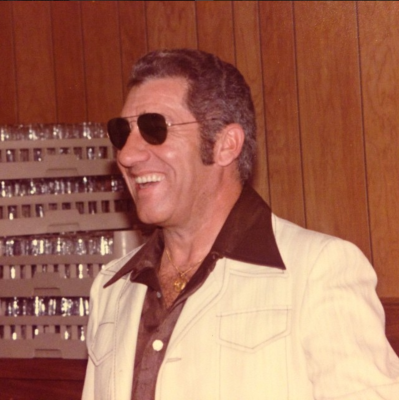 It doesn’t even seem real. I don’t think I ever stopped and thought about the day when Sam Spade wouldn’t be on this earth: what the weather would be like, where I would be living, how I would be wearing my hair, what I would have eaten for breakfast (answer: nothing – I got the news at 6:00 AM and didn’t eat for the rest of the day)…

And yet, it happened. The day is here: there is no more Sam Spade on Planet Earth. He has gone to be with his “beautiful bride”, his “Lucy in the Sky”, as we’ve affectionately referred to her since her passing, two years ago now.

In all honesty, I’m surprised he stuck around this long. No one expected him to be here more than a month or two after Lucy departed. For a moment, we started to believe that maybe – just maybe – Sam’s zest for life was so strong that he just might carry on…

He still liked to gamble – my sister and her boyfriend had multiple successes, getting him to the casino to play blackjack.

He still liked a good meal and a good drink – at my 39th birthday party, he stayed at the bar past 10:00 PM, eating a dozen chicken wings and drinking two (yep – two!) vodka sodas. 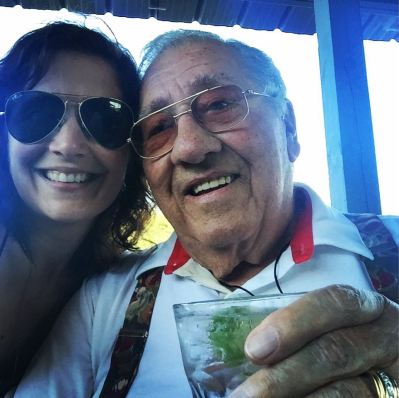 Having a birthday drink with Gramps just six months ago.

He still loved to watch sports – I took him to his very first Detroit Tigers game at Comerica Park and he stayed until the very end, even though it was a scorching 90-degree day and I had to buy two mister fans to blast him from all angles.

Oh – and the Tigers lost.

He was still sharp as a tack – watching the news every morning, keeping up with politics and complaining about the “orange jackass” screwing up America.

But something about him was never the same after Lucy was gone… That brilliant, movie star glow he emitted every time he walked into a room was a little dimmer.

He joked less, laughed less, didn’t lovingly call you quite as many curse word-laden nicknames (accompanied by a hard pinch) as the good old days. When he napped in his chair (which was disconcertingly often), he murmured – not to himself, but to his Lucy. Sometimes he even swore she was right there beside him.

Everyone began to wonder what he was holding out for. Was he worried about the people he was leaving behind? Afraid of where he was going? His heart was weak and his love was waiting – the choice was his. He could go at any time (he had unintentionally come close, actually – a few times – and battled his way back). Was his brain simply still too strong – was he overthinking it?

I last saw him in November. We went home for five days to celebrate Trent’s birthday and the holidays (early). We took down everyone’s Christmas gift requests. We had fried chicken dinner at the DYC as a family. Grandpa was subdued, but it didn’t stop him from eating multiple plates of chicken. And dessert. 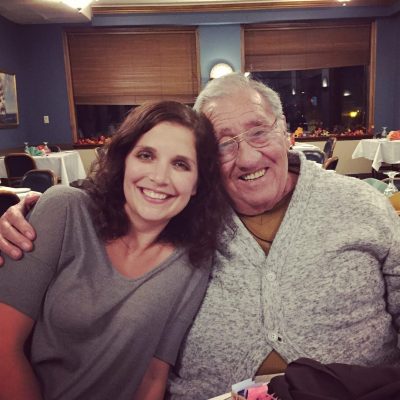 Still, I had a sinking feeling when we left that we were saying goodbye for the last time.

At Christmas, my sister and her boyfriend came to see him from Washington. My cousins had everyone over and the family was all together; he opened his Christmas gift (a new version of his favorite sweater, packed with his favorite big-money scratch-off cards) and loved it.

And then just a couple weeks later, all his goodbyes made and to the disbelief of many of his family and friends, he was suddenly ready. He went to be with his beautiful bride.

I don’t know that I’m ready. In a way I feel like a bandaid has been ripped off; that my little family of girls – Mom, Sarah, and I – is finally on our own. There’s a fear there, of a reality I vaguely remember experiencing when my father died, 25 years ago now – a sourness I tasted in the hot car that day – but my grandfather swooped into my life and prevented that reality from ever setting in.

We never had to truly be alone. He protected us.

But this simply isn’t my decision to make now; I’m about to be 40, and it’s time. We’re all going on to a new normal, where it really will just be Margie, Lisa, and Sarah –

– and Trent (and hopefully Payton, too).

And hopefully, Sam’s girls will do alright. We’ll make him proud. We’ll never settle for a lousy deal. We’ll always demand our worth. We’ll never let anyone screw with us. We’ll remember that a little risk can result in a lotta reward.

And every time we roll the dice, or deal a hand, or make a pick, we’ll look to the heavens for a sign from Sam, running the house at the Great Hustle in the Sky. 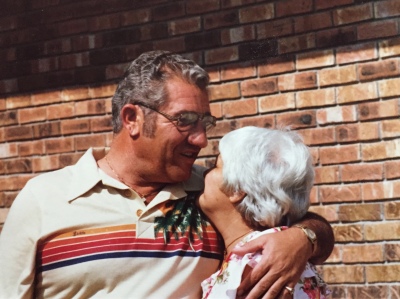 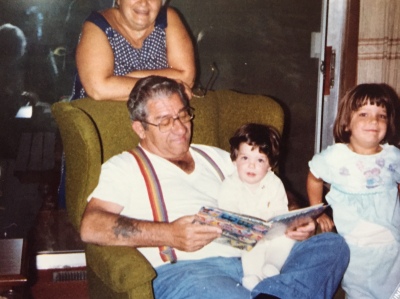 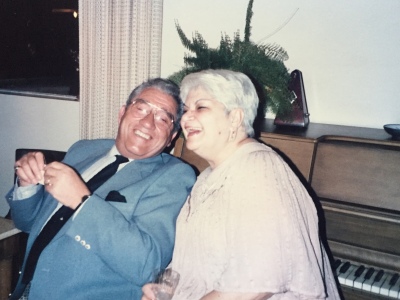 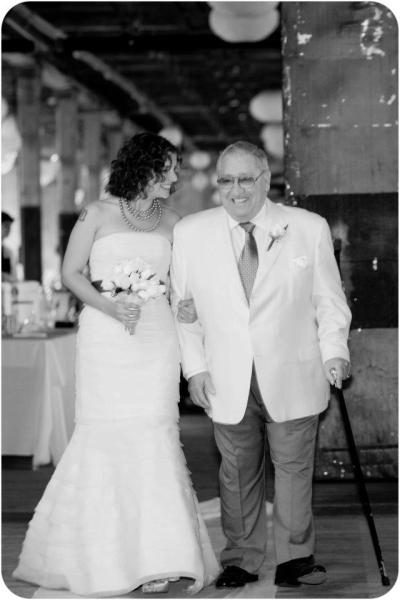 Love you, Grandpa. Thank you for being the best grandfather and father I could have asked for.